The OBIN Coordinating Team (C-Team) meets regularly to make decisions and implement the members' direction for OBIN. Coordinators and Co-coordinators are elected each year preferably for a two-year term in alternating years (where feasible).

(click on the link to go to each bio) 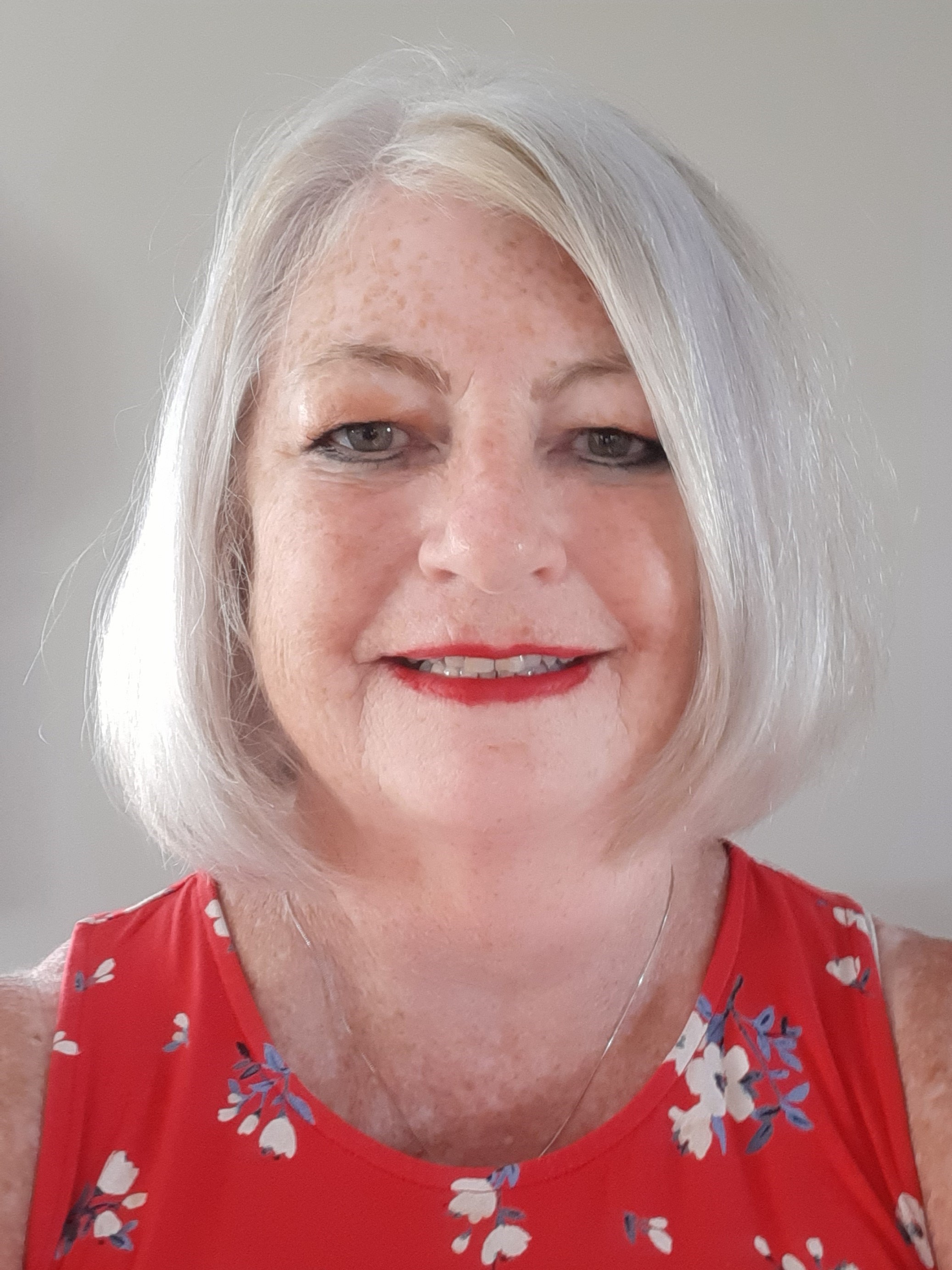 Kerry is a retired public servant (2020) with more than 30 years of experience in the field of Human Services.  Kerry joined the Basic Income Hamilton Steering Committee in 2020.  Since that time, she has been active in many Basic Income working groups.

Seeing first hand the inadequacy of social assistance rates in Ontario (and Canada), the numerous sub-systems created to assist those living in poverty, learning about the positive outcomes of the Basic Income Pilots and the impact of the pandemic on those in financial need, it is easy and logical for her to support and advocate for a national basic income program.  A basic income would simplify the income security system and provide an adequate level of income.

Kerry has a strong understanding of the social services systems and works towards making positive improvements for the most marginalize people. Kerry also possesses strong administration skills and is committed to seeing a Basic Income come to fruition.

In addition to her volunteer work with Basic Income, she is an active volunteer with the Primates World Relief and Development Fund and the Anglican Church.

Her career highlights include:

Kerry has a Bachelor of Arts (Psychology and Law & Justice) and further credentials in Leadership and Management Studies. 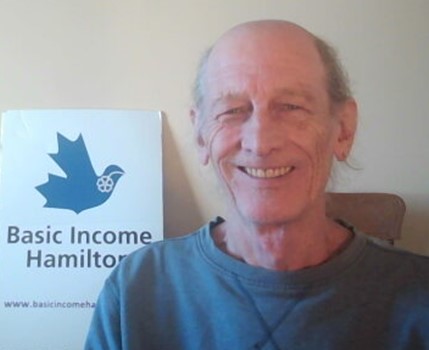 I am interested in people and what each individual that I come in contact with has to offer and what I can offer them. I was born, lived, educated, and worked all over Western Canada before moving to Toronto in the mid-1970s. After losing my job in 2005, I was forced to apply for social assistance. I lived that experience of poverty until I officially 'retired' at age 65.

The poverty experience prompted me to become involved with the fellow-underprivileged in my community. Basic income was among the subject areas that arose. After much reading on the subject and my frustration at not having my talents recognized and utilized by potential employers and local groups, I became an active volunteer. I joined the Hamilton Roundtable for Poverty Reduction's 'Speak Now' Speakers Bureau to try to put a different face on poverty by telling my personal story. I applied for and was accepted as a Director for the Hamilton Community Legal Clinic and subsequently, as a Director of the Income Security Advocacy Centre. After experiencing frequent bouts of depression, I joined Mood Menders Support Services, a peer group designed to help those experiencing depression, anxiety, PTSD, and other mental health issues. I served in all of their executive positions over many years with that organization. I also joined the Campaign for Adequate Welfare and Disability Benefits, a Hamilton grassroots organization dedicated to helping those affected by poverty.

And then I became involved with the basic income movement. I attended the North American Basic Income Group (NABIG) Congress in Winnipeg in 2016 and delivered a paper to a plenary session. Immediately following the NABIG Congress in Hamilton in 2018, I applied for and was voted onto the Board of the Basic Income Canada Network. As a result of that experience, it was suggested to me that I would be a good fit for the nascent Ontario Basic Income Network in the role of Internal Relations Coordinator and subsequently, Co-Facilitator. Along the way, I became involved with the equally new Hamilton Basic Income Group (now Basic Income Hamilton) and sit on their Steering Committee.

I am thrilled to be involved with a movement that will ultimately cast a whole new face on Canadian society. A basic income will inevitably become the de facto floor for every citizen of this great country and I pledge to continue my endeavours to make this a reality. 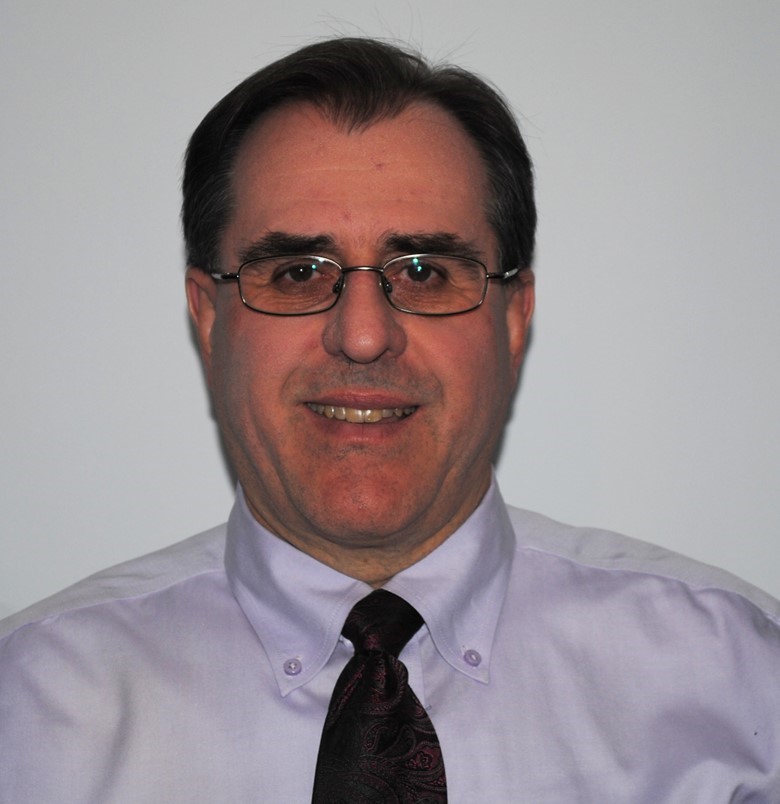 Richard is a strong believer that by providing opportunities, we can provide alternatives to certain social and economic disadvantage situations.

Richard is currently Executive Director for the Society of Saint Vincent de Paul for the National Council of Canada, with main focus on communication, technology introduction and governance. Prior, Richard worked for over 30 years in the Telecommunication equipment provider sector working for Nortel and Ciena.

Richard holds an M.A. in Economics from Carleton University and a B. Math Honors Statistics/Computer Science from the University of Waterloo.

Richard is a director on the Board of the National Association for Charitable Textile Recycling (NACTR).  Richard was previously on the Board of directors of the Canadian Catholic Organization for Development and Peace (CCODP), holding the position of treasurer, and chair of the Finance and Audit Committee.

Richard has been a mentor with the Ottawa Community Immigrant Services Organization (OCISO) since 2007, and has continued mentoring virtually during the COVID-19 pandemic. 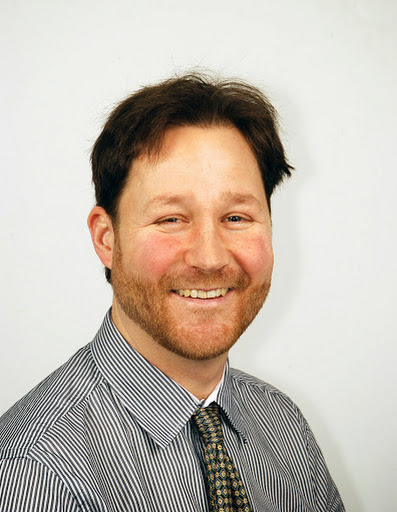 Andrew McCann is a "Democracy Activist" in Kingston. He's part of KAGBIG (Kingston Action Group for a Basic Income Guarantee), OBIN, on the board of BICN (Basic Income Canada Network) and has helped spearhead the Basic Income Now campaign. Andrew's first masters was in Agroecology - he worked on sustainable local food for years with an eye to the climate changed future (starting projects such as the Save Our Prison Farm Campaign and a program in Sustainable Local Food). He's come to realise that every human will eventually become an environmentalist, perforce. But he is not sure that democracy will survive our ecological century. We need to fight for it! That's what he's been doing for almost a decade: leading election campaigns and grassroots initiatives. 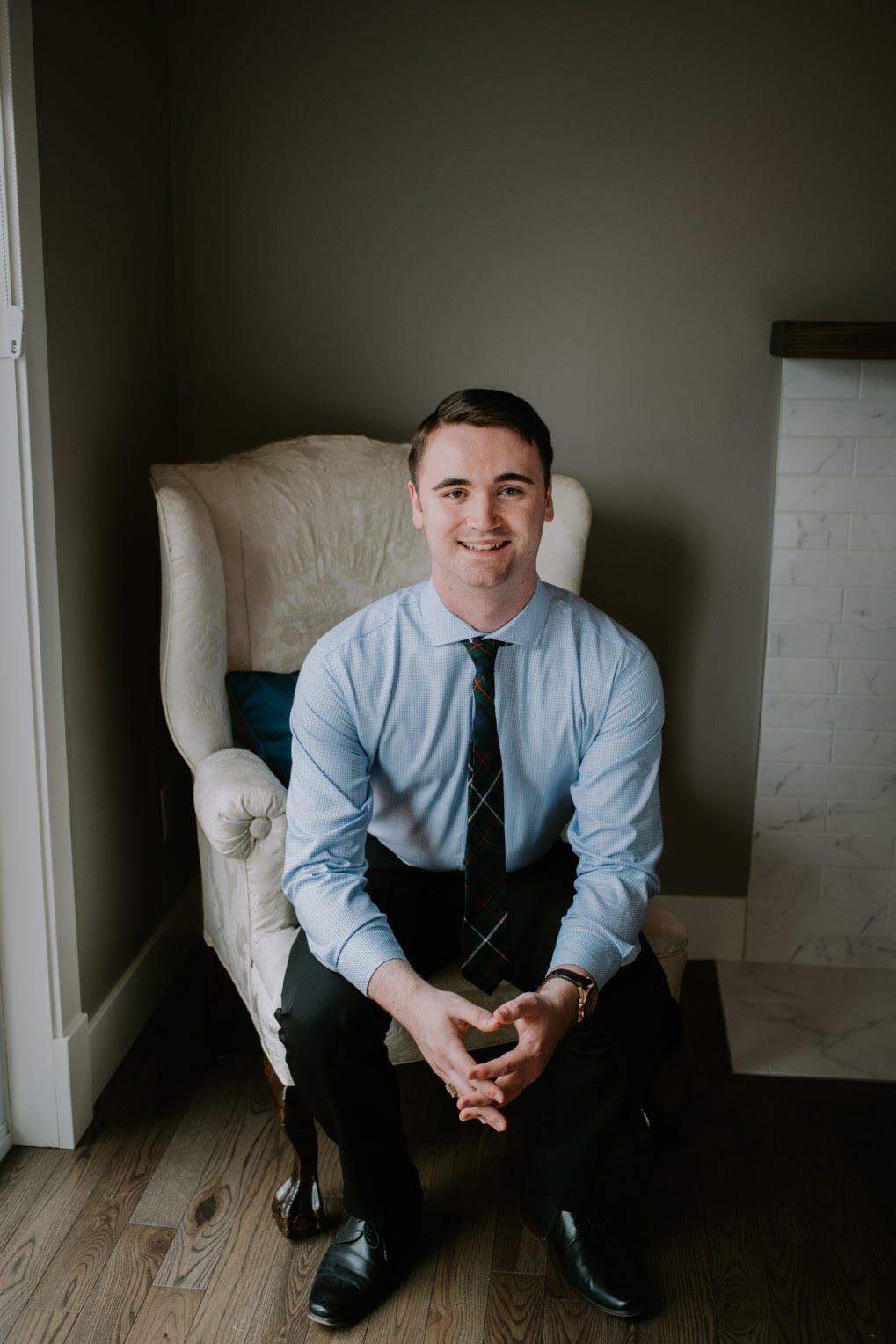 Wil Robertson holds a BA in Great Books and Political Science from St. Thomas University and is currently pursuing a Masters in Political Management at Carleton University. He is a basic income advocate with Basic Income New Brunswick and Coalition Canada Basic Income. Wil is an analytical thinker, with a passion for promoting the sharing of our truths.
He is proud to further the causes of social acceptance, sustainability, and justice. 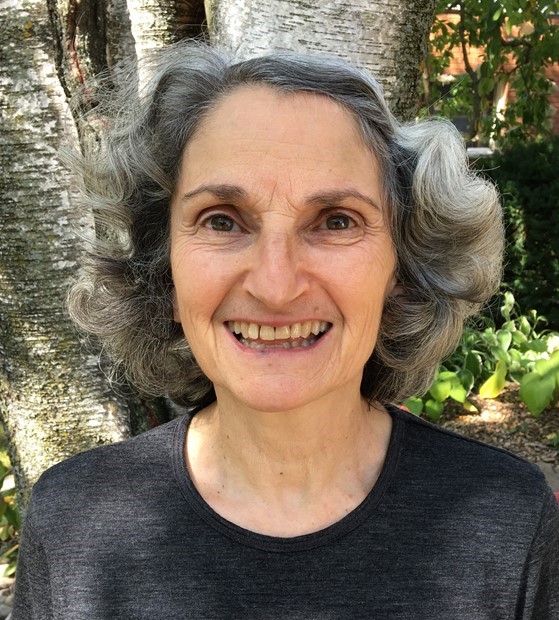 Recently, I joined Basic Income of Waterloo Region.  I am enthused about the elegance of Basic Income as a way to ensure that everyone in Canada, (and someday, everyone regardless of nationality), can get their basic needs met.  I think that will unleash a lot of human potential that is currently being wasted.  As an actuary and as a citizen, I am interested in questions about fairness and financing, and I am convinced that we can implement a Basic Income in Canada (and globally) that practically eliminates poverty while reducing income and wealth inequality.

I am happy to be part of the Co-ordinating Team for the Ontario Basic Income Network, working on Internal Relations.  It has been my experience that people in the Basic Income movement are very welcoming, and I look forward to meeting and working with more Basic Income advocates.

I have retired after a 35-year actuarial career with Manulife.  While working as an actuary, I helped develop the Actuaries Climate Index, which provides objective scientific data about Climate Change.  I also co-founded Actuaries for Sustainable Healthcare, which helps to educate Actuaries and others about the benefits of whole, plant-based foods for preventing and reversing chronic illness. I lead the Kitchener-Waterloo chapter of Citizens’ Climate Lobby.  Citizens’ Climate Lobby works for a liveable planet by advocating for effective carbon taxes, with cash going back to citizens.

Albert Einstein once said, “I think the most important question facing humanity is, ‘Is the universe a friendly place?”  Basic Income can go a long way to ensuring that the answer is ‘YES!’ 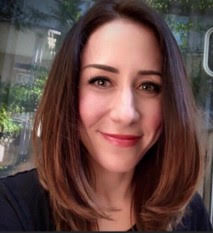 Samara is an Ottawa-based communications professional who has worked in both the private and public sectors for well over a decade. Passionate about community activism, equality, and human rights, Samara is pleased to leverage her background in campaign management, marketing, public relations, and advocacy to support OBIN and the basic income movement during this critical time. Outside of her career, Samara is a busy mom who enjoys spending time with her family. 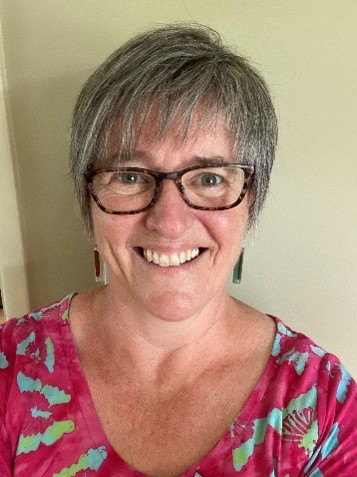 Elaine is a professor in the School of Kinesiology & Health Studies at Queen’s University. She is a founding member of the Kingston Action Group for a Basic Income Guarantee and co-author, with Jamie Swift, of The Case for Basic Income: Freedom, Security, Justice (Between the Lines Press, 2021). 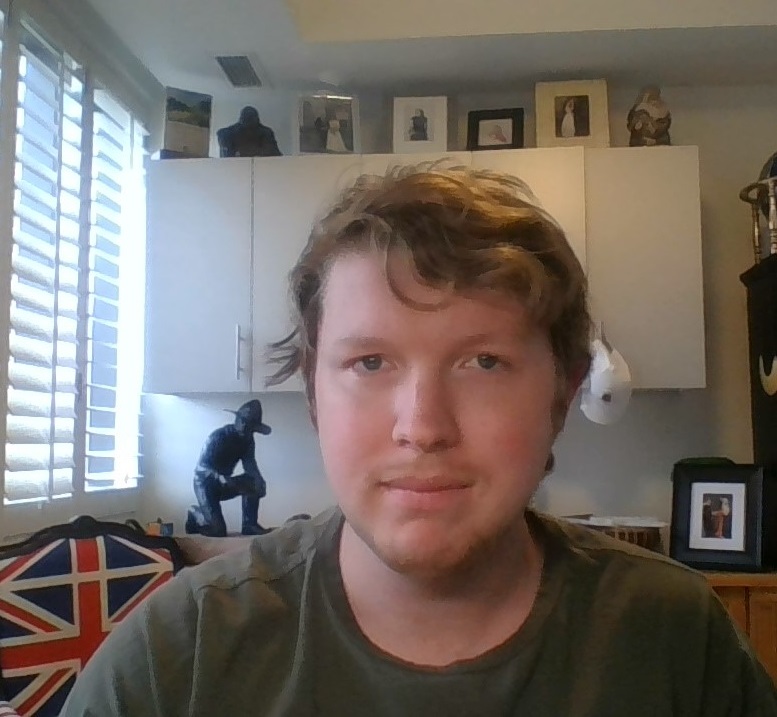 Piers is a writer, student, and aspiring political scientist. He is Canadian, English, and American. He studied for a BA in Politics and Philosophy at Durham University in England, an MLitt in Philosophy at the University of St. Andrews in Scotland, and is currently studying at the University of Ottawa for a Ph.D. in Political Science. In his free time, he can be found walking, reading voraciously, writing, playing guitar and singing, snowboarding, playing frisbee, and watching hockey or football. Go Pats! 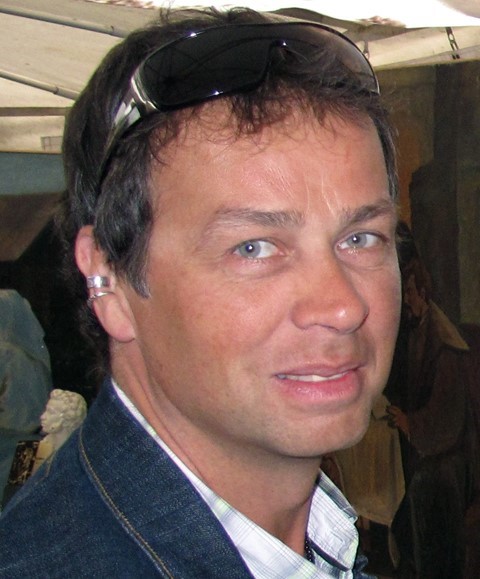 Craig is a filmmaker, media artist, teacher and organizer. His award-winning films have been seen at festivals and galleries around the world. He is the lead researcher at The Canadian Farmworkers Union Archive Project at Simon Fraser University. His writings include, “The Colour of Food” and “Canada: Mexico found guilty of blacklisting pro-union migrant workers."

Craig also teaches media production, cultural studies, and labour studies, and is a key organizer for OBIN's basic income and arts campaign. "As a freelancer in the gig economy without benefits, I believe a basic income guarantee will lift up the precarious ensuring financial stability and support the remarkable creative capacity of individuals and a living culture." 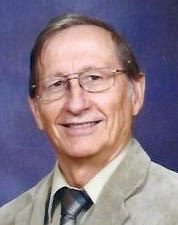 My career began in Montreal as an Electrical Engineer, followed by 2 years with CUSO in Zambia teaching at the University of Zambia. After completing an MBA at McMaster in International Business and Economics, I worked on multiple assignments overseas through the UN and Canadian government, including in Malaysia, Jamaica, Belize, and Pakistan.

As a volunteer, I worked with several downtown churches in Ottawa to create group housing and with Habitat for Humanity to build a house in El Salvador. Upon retiring, I served as President and then Human Rights Critic of the Green Party of Canada.

All of my past training, work and volunteer experience led to my interest in Basic Income as a solution to the issue of poverty and injustice. However, based on my training in engineering and economics, along with my political experience, I needed to be convinced that Basic Income was grounded on solid evidence, as well as being affordable and politically feasible. I am convinced that all of these conditions are met and that poverty in Canada is inexcusable.

For a stable and secure future, both economically and socially, Canada urgently needs a more enlightened social safety net in the form of a national Basic Income program.